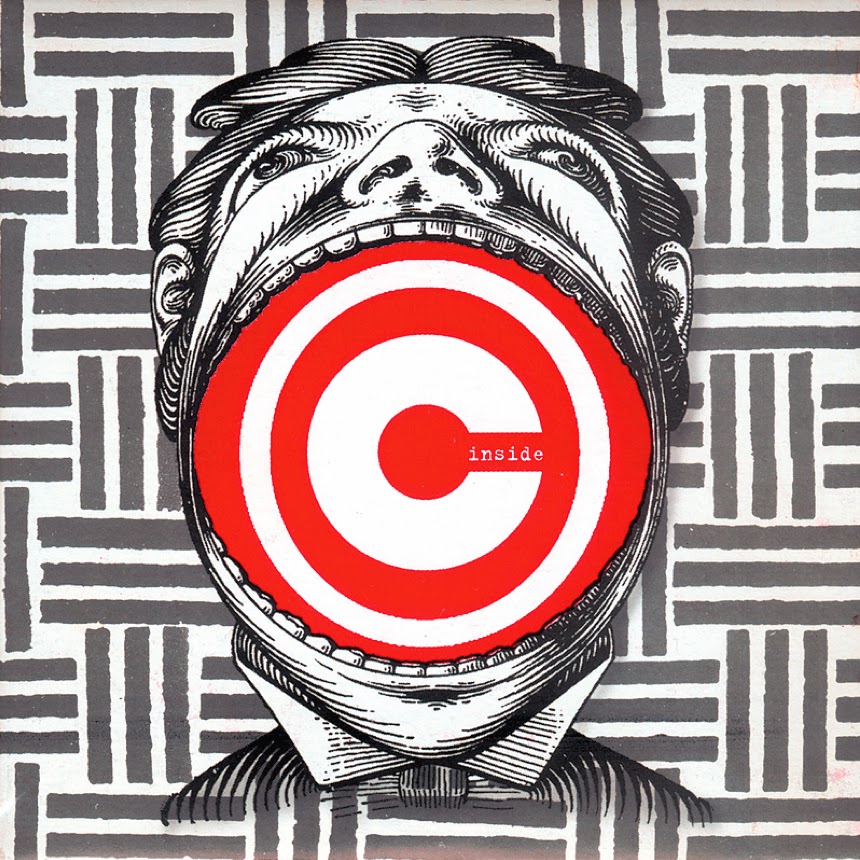 Next to me was sitting Brunhild Ferrari, who left her full glass on the ground from the beginning to the end of the concert at a small distance from a massive deep loudspeaker. 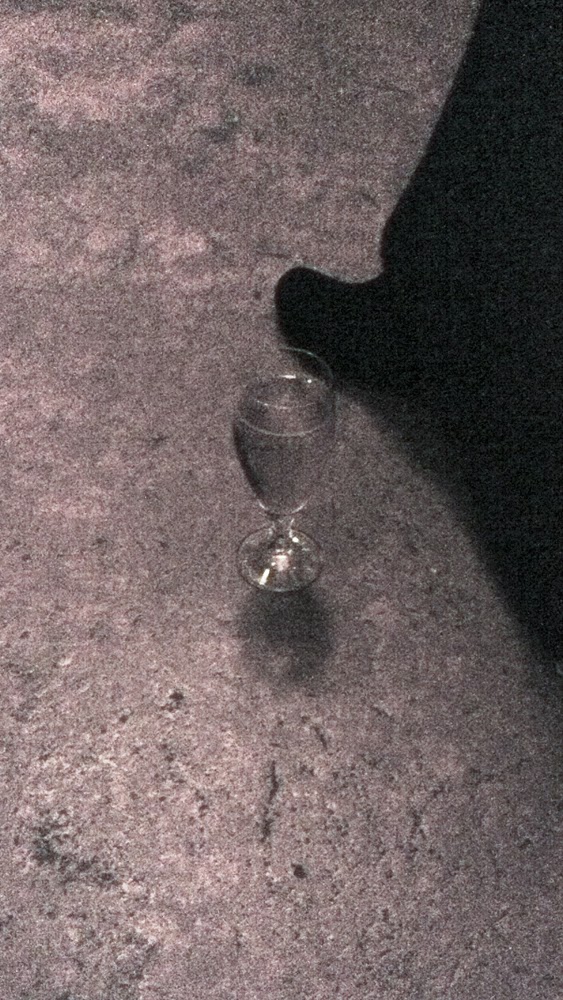 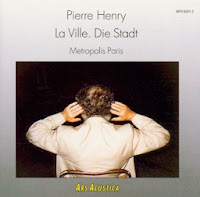 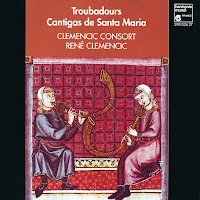 Surprisingly, René Zosso & Anne Osnowicz were playing a few weeks ago at Sonic Protest in Paris.
René Zosso is a great hurdy-gurdy performer, who has been playing with René Clemencic and his consort for quite a long time, and with whom he committed several uplifting recordings, such as Le Roman de Fauvel.
Here are a fine selection of Cantigas de Santa Maria (written during Alfonso del Sabio's reign in the 13th century), also played with Anne Osnowicz along with zarb master Djamchid Chemirani. 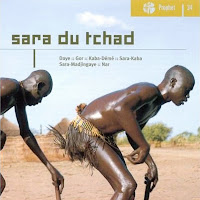 Recorded in the sixties by Charles Duvelle, also founder of the Ocora (Office de Coopération Radiophonique) collection, here are pretty rare sounds from the Sara people in the south of Chad. Listen to their nilotic language, sung in many repetitive patterns (such as 'chant et harpe' or the 'orchestre de sifflets et percussions'). The photos taken in situ by Duvelle at the time of the recording and reproduced in the leaflet are quite outstanding as well. 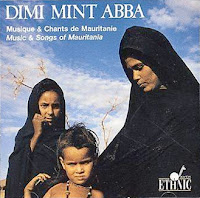 Dimi Mint Abba was the most famous and prominent mauritanian griot or 'Iggawin' in Mauritania. This is one of her first recording from the early 90s (originally released by Auvidis in 1989), where she plays with her husband Khalifa Ould Eide. Listen to her powerful voice, accompanied by the 'ardin', a mauritanian harp also used as a percussion. A very nice mix of arab and manding music emanates from this album. 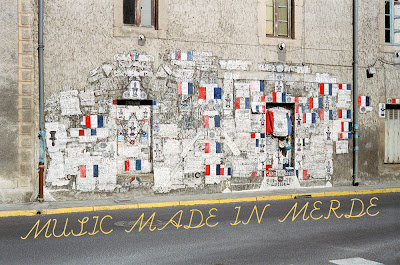 tags Music made in Merde 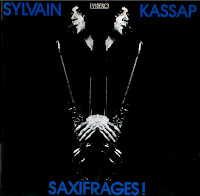 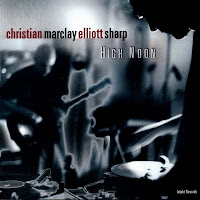 A great release from two american sonic outsiders: Christian Marclay, one the first muscican who used turntables as a real mean of composing (a true DJ also as he literally trod on discs!) and Elliott Sharp, the multitalented guitar hero from NYC.
• listen to some excerpts here
• check-out the release details on Discogs
• Intakt Records – Intakt CD 063 - 2000  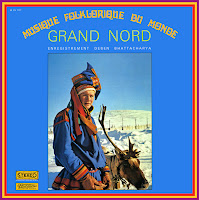 Deben Bhattacharya recorded these pieces some fifty years ago, in 1963 precisely, probably when he was working in Sweden. This LP contains indeed traditionnal music from Finland, Lapland and Sweden. Some of the finnish pieces have been later released on CD (Musique Populaires - Finlande - nord>sud NSCD 1170), like the beautiful Love song from Karelia, played by Tyyne Niikko on Kantele. 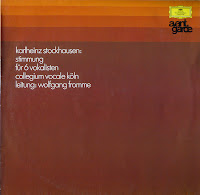 This is the first recording of Karlheinz Stockhausen’s Stimmung, actually comissioned by the Collegium Vocale Köln in 1968, and recorded in 1969. Stockhausen wrote it in the US after he met (and taught to) minimalist composer La Monte Young… It seems that the drone influence was strong on him on this composition, for it does not sound like other piece I know of Stockhausen.

This rip was made after a mint vinyl disc out of the ORTF archives and I pretty much appreciate the cracking sounds of the disc along with the hummings of the piece. Play it loud! ;)

On this blog you will only find oop music (with few exceptions though). If you own the copyright of any files/music proposed via this blog, and would like to have it removed, please send me a message/e-mail, and I will have it suppressed immediatly.